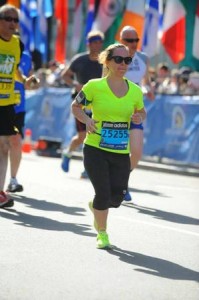 Wendy Garrett, had a dream to run the Boston Marathon. She hardly dared verbalize her desire but set a goal to qualify at the Portland Marathon.  Wendy moved to Oregon in hopes of training as she helped take care of her sister who was fighting cancer.  As Wendy crossed the finish line at the Portland Marathon, she was disappointed that she couldn’t claim the BQ (Boston Qualifier).  Soon after the race, she found out that she had qualified in the mobility impaired division.  Wendy Garrett is paralyzed from her left knee down.

Though she was thrilled to finally fulfill her dream to run the Boston Marathon, it was a very bitter sweet moment as now her sister had taken a turn for the worse.  After a short time, her sister passed away.

Grief over took Wendy, she couldn’t find the motivation to train for the Boston Marathon. Would she be able to run it?  After some time, she realized that running strengthened her and helped her cope. Three weeks before the marathon, Wendy had a scare with her knee and was told by doctors not to walk or run until the marathon.

In her own words,

“So it was the biggest race of my life and I had no idea if I would even make it halfway,” Garrett said. “My knee started hurting at mile two, and my left leg was in extreme pain. I didn’t know if I could finish as I saw all the medical tents along the way, but then when I saw the sign that said one mile left, I realized I was 10 minutes away from accomplishing my biggest dream, and I’d crawl if I had to.”

Wendy Garrett crossed the finish line, and this is her mantra: 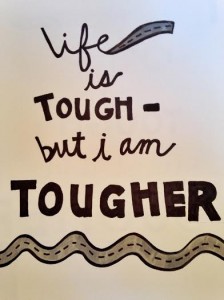 We all have “disabilities” or “struggles”, whether they be physical, mental, emotional, or spiritual– I mean raw struggle. It may be  visible to the eye, or  vaulted deep within us.  What is  holding you back from reaching your greatest potential or goal?

I have too many to count, just spend some time with me.

One constant struggle  is “perfection”.  I want it… now. We all know perfection is not possible as human beings. We all have that “Never ending, open gaping, wound of improvement.”(-M.B.T.) I know this.  Yet, it continues… I try so hard and still fall short.  I just turned 30, and am just now starting to feel okay — more at peace and accepting of my imperfections.  I wouldn’t be me without them.  (If you struggle with perfection, read THIS)

Two of my biggest fans have passed away now.  These two people always encouraged me in my running and physical goals every time I saw them— my aunt Carolyn and my Grandpa Romney. They were both physically disabled in this life but they LOVED to hear all about my races and other physical endeavors. When I run, I feel close to them. I know that they can run now, and they are running with me. Carolyn is still yelling “Go Lollypop!” and Grandpa is still pinching my cheeks, “Go Wa Wa!”

“Acknowledge and face your weaknesses, but don’t be immobilized by them, because some of them will be your companions until you depart this earth life.” -Jorg Klebingat 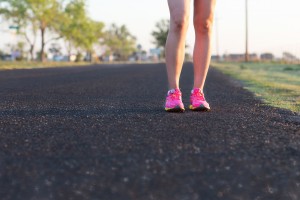 One week ago,  I was packing everything up in our little apartment in North Carolina. We were preparing to drive all the way to Austin, Tx. Simultaneously, I was preparing to run the Greensboro Marathon the following morning. The kids were especially difficult and didn’t seem to understand that I had a lot of work to do.  With a list of everything to be done, including carb loading, staying off of my feet, and getting a nap… yeah right!  I had trained for this marathon for months,  and followed my training plan to the letter.  However, I still felt overwhelmed, nervous, and tried not to be discouraged that this was one of the hilliest marathons in the country. My goal was to qualify for the Boston Marathon. Choosing such a hilly marathon was an over sight, as there was not a topography map on the website at the time I registered. I’ve never been one to back out of a race so I was trying to stay positive, but feeling extremely defeated already.  I needed peace.  I came across this incredible speech by one of my running heroes, Elaine S. Dalton.  These words brought me great comfort.  I hope you love it as much as I do.

“We often debate this question in our family as we are traveling to run a marathon. What is the best part—running the marathon and crossing the finish line or preparing to run a marathon? Each of our family members has strong opinions about that, but for me, the preparation is the best part. I love it! I love the discipline it takes to wake up every morning and to put in the time and the miles that will help my body respond to the stresses of an actual marathon. It takes desire, planning, discipline and action. It’s like life in so many respects—making a plan, strict training, hills, a set path, beautiful vistas, training partners, long lonely miles, people cheering, falling and getting back up, injuries, aid stations, and of course a finish line. A marathon is one thing that you cannot do virtually! You must act and be in the arena.

One of my top 10 favorite quotes was given by former U.S. President Theodore Roosevelt. This quote has motivated and inspired me many times as I have wondered if what I am doing is worth it. President Roosevelt said:

“It is not the critic who counts; not the man who points out how the strong man stumbles, or where the doer of deeds could have done them better. The credit belongs to the man who is actually in the arena, whose face is marred by dust and sweat and blood; who strives valiantly; who errs, who comes short again and again, because there is no effort without error and shortcoming; but who does actually strive to do the deeds; who knows great enthusiasms, the great devotions; who spends himself in a worthy cause; who at best knows in the end the triumph of high achievement, and who at the worst, if he fails, at least fails while daring greatly, so that his place shall never be with those cold and timid souls who neither know victory nor defeat.”1

Every year in Australia, an endurance race that goes from Sydney to Melbourne is held. This race is 543.7 miles long and takes world class athletes five full days to complete. It is known as the world’s most grueling ultra-marathon. And the athletes who enter are mostly young, less than 30 years of age, highly trained and sponsored by large companies.

Let me share with you the story of a very unlikely competitor named Cliff Young, who at 61 years of age showed up at the start of this race wearing his overalls and work boots. Everyone assumed he was a spectator, but when he picked up his number and joined the other competitors, everyone was shocked. When he was interviewed by the press, they told him in effect that he was crazy to attempt this and that he should not even start the race. They told him there was no way he could ever finish. To which Cliff replied: “Yes I can. See, I grew up on a farm where we couldn’t afford horses or tractors, and the whole time I was growing up, whenever the storms would roll in, I’d have to go out and round up the sheep. We had 2,000 sheep on 2,000 acres. Sometimes I would have to run those sheep for two or three days. It took a long time, but I’d always catch them. I believe I can run this race.”9

The professionals who had run this race knew what it took and they had calculated that in order to finish in five days, a person had to run for 18 hours straight and then sleep for six hours. Everyone knew this fact. Everyone that is, except for Cliff Young!

When the race started, Cliff was left in the dust. He wasn’t flashy, he wasn’t sponsored, and he wasn’t fast. In fact he didn’t even run properly—he shuffled! So on the second day of the race, Cliff was forgotten. But to everyone’s surprise, he was still in the race. He had jogged all night long! And not only that, but he had determined to run for the next five days straight to the finish line without sleeping at all. No one believed that this could be done—no one that is, except Cliff.

“Cliff kept running. Each night he came a little closer to the leading pack. By the final night, he had surpassed all of the young, world-class athletes. He was the first competitor to cross the finish line and he set a new course record…Today, the ‘Young-shuffle’ has been adopted by ultra-marathon runners because it is considered more energy-efficient. At least three champions of the Sydney to Melbourne race have used the shuffle to win the race. Furthermore, during the Sydney to Melbourne race now, modern competitors do not sleep. Winning the race requires runners to go all night as well as all day, just like Cliff Young.”10

What does this story teach us? It isn’t that we shouldn’t sleep; rather, it teaches us that we can change the world! We can do hard things. We can endure. We must prepare and all our life is preparation. Believe in yourself! Don’t give up. Endure! You have the power to achieve anything you set your mind to. There are many lessons and each is custom fit to you. What I know and have learned is that anything worth doing is not easy and that we can do anything that is not easy if we believe. Now you may not be contemplating a marathon or an ultra-marathon, but you may be in the middle of a challenge that looks like one. You may feel opposed on every side. You may wonder if you really can continue to push forward with a perfect brightness of hope. So as Paul taught the Hebrews, today I repeat the same words to each of you—“Cast not away therefore your confidence, which hath great recompense of reward.”11 Go forward with faith knowing if you do your part, the Lord will always do His.

This speech has been abridged, for the full speech click HERE

This speech spoke to me on so many levels that day one week ago.   Her advice can be applied to just about any trial that we face in life.  If you prepare and do all you can on your part, things will work out.  They may not work out the way you want them to, but they will work out for your good.  Last week my hopelessness turned into comfort.  The marathon went well, I finished 2nd in my age group without a BQ (Boston Qualifier).  I showered, jumped in the car, and the family was off for our next destination, Austin TX . It was disappointing to not qualify for Boston, but I sure tried hard. I learned some great lessons from this experience and gained an appreciation for enjoying the journey along my route to qualifying for Boston.

You can do this! 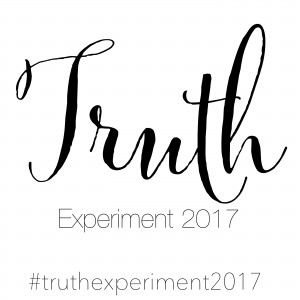 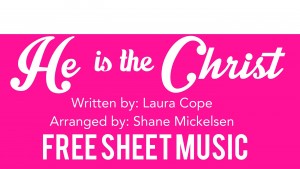 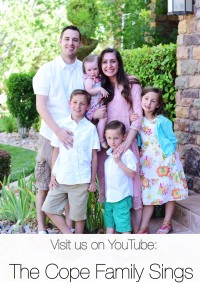